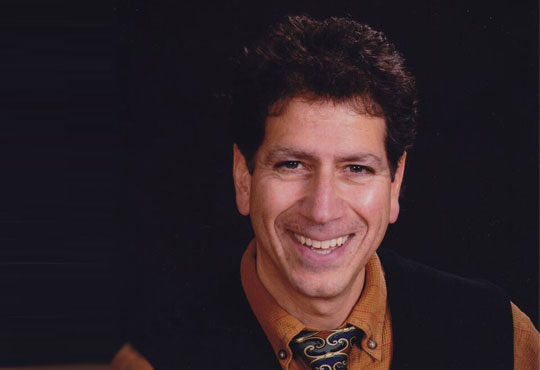 There is no substitute for good planning when it comes to software test automation. If you are new to automated testing or find that your recent efforts have fallen short of expectations, the following topics will provide some guidance to lay the groundwork for a successful experience, where a positive return on investment is achieved.

“Deciding what to automate might be the most important factor in the success or failure of your automation project.”

Each organization has its own factors that determine how much automation can be accomplished within a given period of time. Instead of attempting to apply the rule of thumb that may be irrelevant to your project, it is best to select a pilot project and conduct a time-study in your own environment. Choose a project that you believe can be completed in less than a month and keep track of the number of hours spent on developing automated tests. This time-study will provide measures that will be useful for setting goals for future projects:

2. Amount of automated test coverage – By comparing the relative size of future projects to those already completed, it is possible to predict the amount of coverage that can be expected from test automation and its impact on the duration of test cycles.

Hiring and training the Staff

It is helpful to have at least one staff member with prior experience on the automation team. If you are unable to hire someone already skilled in test automation, consider hiring a consultant, but be aware that there are downsides to that too. First, do not allow the consultant to create a complex framework that will require additional consulting to maintain. Make certain that your staff is fully engaged in the process. Domain experts should participate in the development of the automated tests. Finally, make sure that a training plan for your staff is part of the turnover process.

You can develop poor automated tests with a good testing tool but you can’t write good automation with a poor one. It makes sense to spend several weeks evaluating a testing tool. Be certain that the tool under consideration can drive the application under test through a method that is similar to a real user using the keyboard and mouse, so that application failures are not being averted by going through a ‘back door’. The tool must also be capable of collecting information about the state of the application for verifying test results.

When evaluating ‘ease of use’, keep in mind that what appears easy upon initial usage might not be easy when it comes  to maintaining tests in the future. It is a mistake to judge ‘ease of use’ based on the robustness of a test tool’s recorder. Instead evaluate the testing tool based on features like:

Deciding what to automate

Deciding what to automate might be the most important factor in the success or failure of your automation project. Look for aspects of your application where data is persistent so that expected results can be easily predicted. Identify opportunities to develop data-driven tests that can be reused with different sets of data.

Good test case design is important for both manual and automated testing. A test case should have a single objective and result in only one of two dispositions: pass or fail. The disposition of a test should always be determined by comparing the actual results to the expected results. A well designed suite of tests can be run in any order and adhere to the following rules:

A good set of automated tests  can be developed quickly and can be readily maintained over time with requirements for a strong architecture:

•    Simplicity
o    If it takes weeks to develop the test framework (before the first test is written), it is probably over-engineered and will be difficult to maintain by all but the original author.
o    Some testing tools automatically generate the test framework, but if your selected tool does not, opt for something simple.
•    Reuse
o    Tests should be constructed of reusable components.
o    Data should be separated from automated tests so that the tests can be executed with multiple sets of test data.
o    Test data should also be encapsulated so that it can be used for multiple tests.
•    Maintenance
o     Object-oriented test architecture will insulate tests from changes in the application’s user interface.
o    Building tests with reusable components minimizes maintenance with the changes in the application under test.

Automated tests provide the best ROI when they are run frequently. Ideally, tests should be run after each new build of the application under test, to provide immediate feedback. It is much easier to find and fix a bug when developers are notified right after it is introduced. When tests are run regularly, it is easier to maintain them as small changes are made to the application. Doing so also provides the test team with feedback regarding what has changed in each build. To ensure that tests are run on a regular basis, consider executing them as part of the build process for the application under test.

Test automation can reduce costs and improve software quality if it is implemented using good software design principles. Following the guidelines outlined above should help ensure that your next project gets off to a good start.

The Nerdery: Fostering a Culture of Innovation to Deliver Quality Experience

Unlocking the Value of Connected Cars

Comprehensible Distribution of Training and Information...

The Current Focus is On Comprehensive Solutions

Big Data Analytics and Its Impact on the Supply Chain

Carmax, the Automobile Business with IT at the Core

The CIO's role in rethinking the scope of EPM for...

Transformative Impact On The IT Landscape

Get Ready for an IT Renaissance: Brought to You by Big...

Technology to Leverage and Enable

Speed is the Name of the Game

Open Sources, Open Doors or How to Innovate in a Competitive Cloud...

From Patrol Officer to Technology Lead: Steps That Enable Officers to...

Inventing the Future with Continuous Foresight

Industry 4.0: From Preventive to Predictive Maintenance

However, if you would like to share the information in this article, you may use the link below: